Gerhard Kittel was born on March 4, 1925 in Berolzheim, a little place in the area of Baden, Germany, where his father was working as a school director. After military service during the Second World War with all its terrible experiences, he studied medicine at the University of Wurzburg from 1945 to 1951, subsequently took his doctor’s degree and received his postgraduate training in ENT in Ludwigshafen. In 1960, he was invited to join the collegium of the ENT-Clinic at the University of Erlangen-Nuremberg as the head of a, still, little Phoniatric Department. He completed his Ph.D. thesis on “The Hypoxydosis of the Cochlea” in 1967. In 1978, he was appointed extraordinary professor and director of an extended, independent department for phoniatrics and pedaudiology, a highly estimated center for many patients with communication disorders. 10 years before, he had founded the Logopedic School of Erlangen where he was active as an enthusiastic and admired academic teacher until his retirement.

The outcome of his scientific work is reflected in some 200 publications, among them our joint textbook “Lehrbuch der Phoniatrie und Pädaudiologie” with Gerhard as a stimulating coeditor and author. He focused his research on – to name just a few examples - electrophysiologic studies of the inner ear, acoustic analyses of the voice, cleft palate investigations and several dysplasias. And he was the first one to succeed in recording colored videostroboscopic pictures of the vibrating glottis. Interdisciplinary approaches and clinical relevance have always been essential to his work.

Gerhard Kittel has been out for new perspectives all his life. 1976-1995 he was one of the editors of the new journal “Sprache Stimme Gehör” (Thieme). In 1983, he founded the continuously prospering “Deutsche Gesellschaft für Phoniatrie und Pädaudiologie” the profile of which was basically determined under his presidency, with considerable impact on the development of the specialty. And, finally, it was his mind that came up with the idea of a European phoniatric association. In close cooperation with Peter Biesalski (Mainz), Dušan Cvejić (Belgrade), and Oskar Schindler (Torino), he was one of the initiators of the Union of the European Phoniatricians founded in Belgrade 1971, a very effective organization to shape professional standards for phoniatrics all over Europe. In addition, a fact that cannot be overestimated, UEP managed to keep colleagues in touch from both sides of the Iron Curtain whilst Europe was strictly divided during the times of the cold war. Thus, this Union was not just a scientific-professional association like many others were – it was a most powerful political institution. And Gerhard Kittel used it as a wide platform to cultivate human relations in every respect. He has been always aware of his own experiences with German dictatorship during the war, and now, he was eager to help and support as many colleagues from the East as possible, mainly from Czechoslovakia, GDR (East-Germany), Hungary, Poland, and the Soviet Union. He arranged many guest invitations to his clinic, offered free lodging in his place, and provided – very discreetly so - financial assistance from his own pocket. All these activities have been thoroughly backed by his charming wife Hanne, medical doctor herself in ENT, and by all his family.

Gerhard Kittel received a lot of honoring and awards for his outstanding activities and achievements, among them the Gutzmann-Medal (GDR), Kempelen-Farkas-Medal (Hungary), Karol-Marcinkowski-Medal (Poland), UEP-Medal, Honorary President of the Deutsche Gesellschaft für Phoniatrie und Pädaudiologie (to which he also donated a medal of his own), and several Honorary Memberships of foreign associations.

If we accept the idea that the term empathy was used primarily to express the capacity to empathize with works of art, it is very easy to forge links between Gerhard’s warm hearted personality and his passion for collecting paintings, in particular from the 19th century school of Munich, and his love of poetry with many, many poems coming from his own pen. In his late years, this was the middle of his daily life in their grand villa, embedded in a harmonic family, and surrounded by a wonderful garden laid out according to his own creative imagination.

Gerhard Kittel passed away on November 9, 2011.
Thank you, Gerhard, dear friend, for having been with us, and rest in peace. 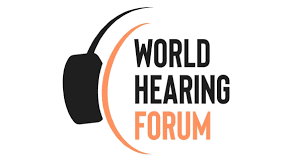